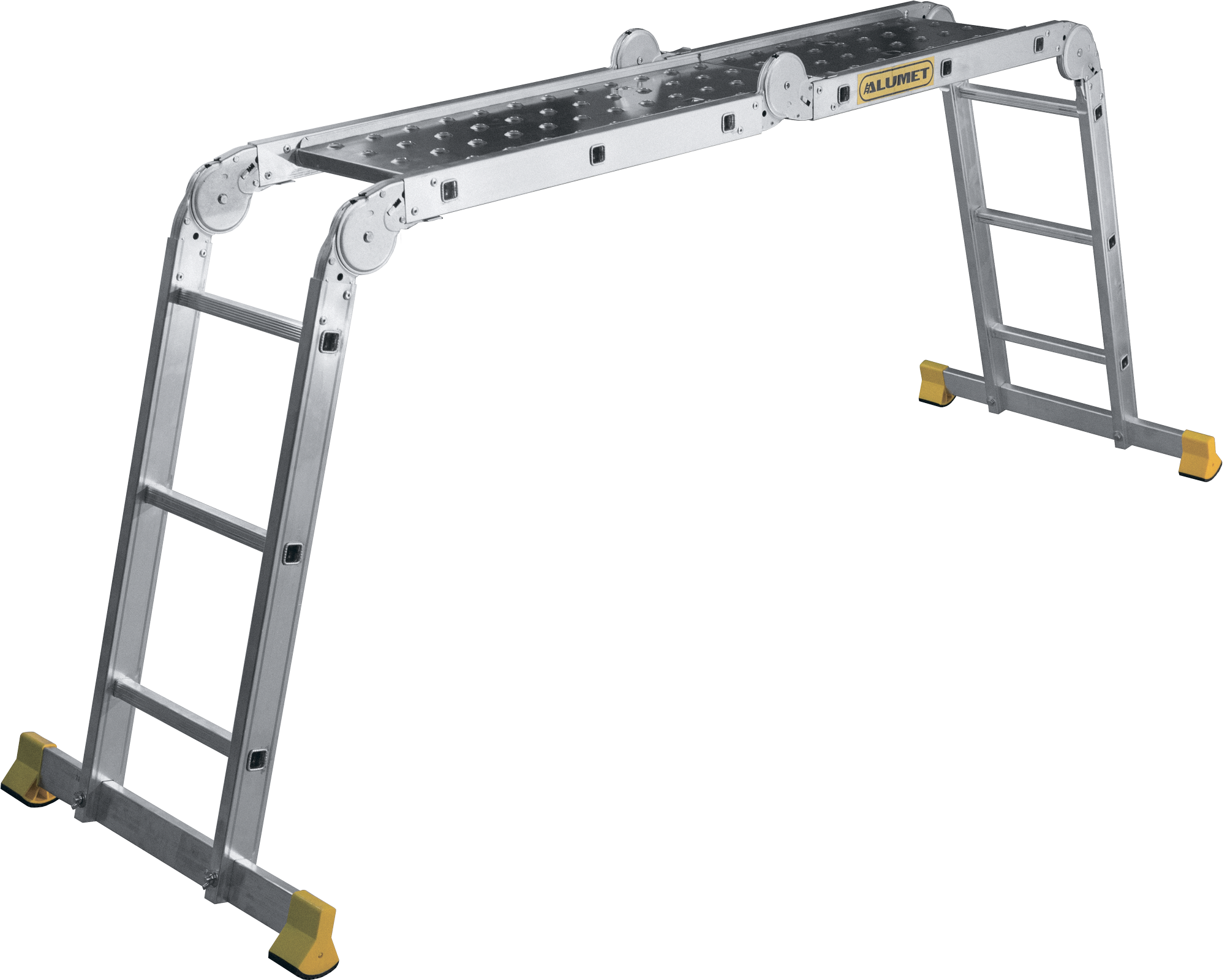 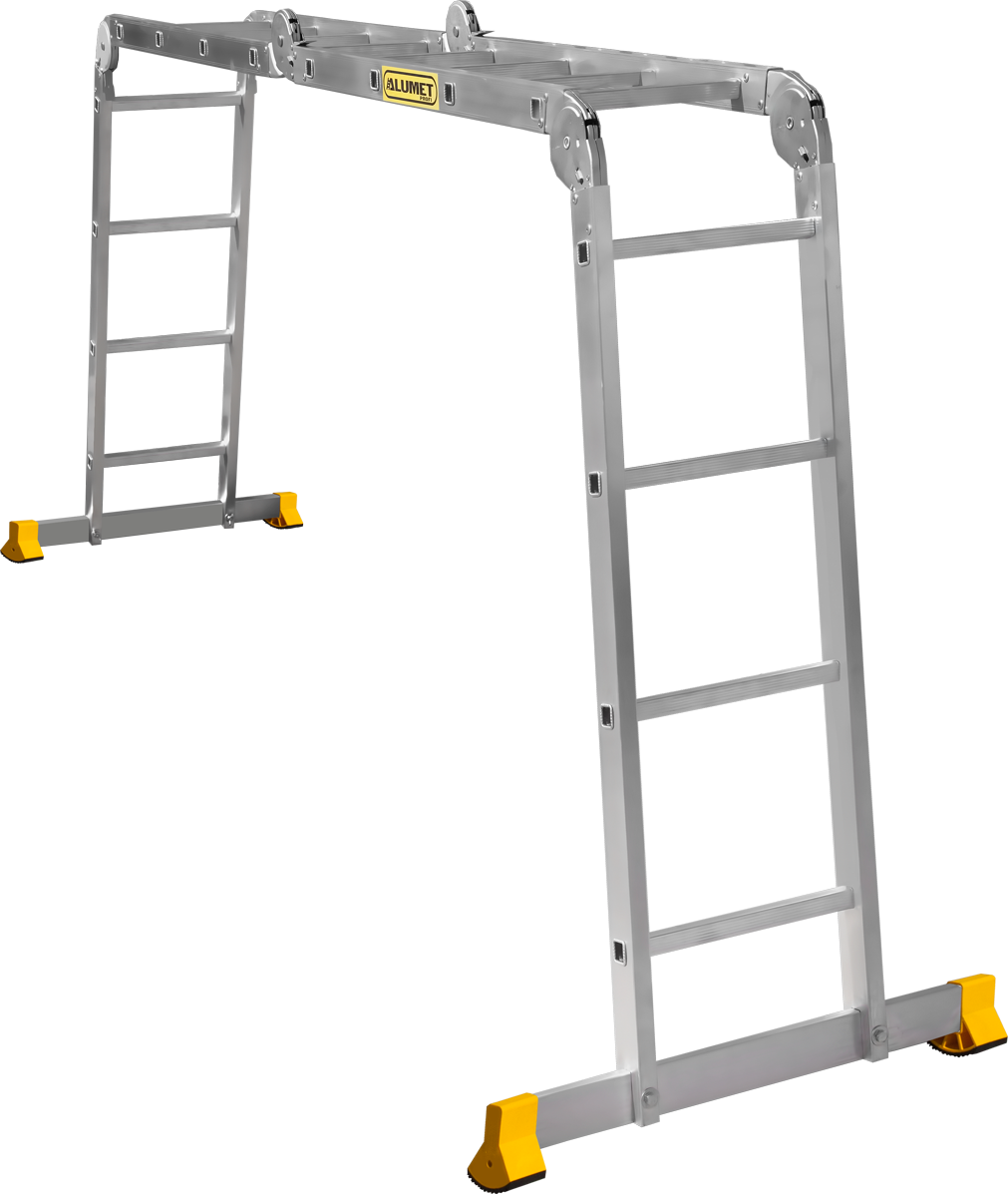 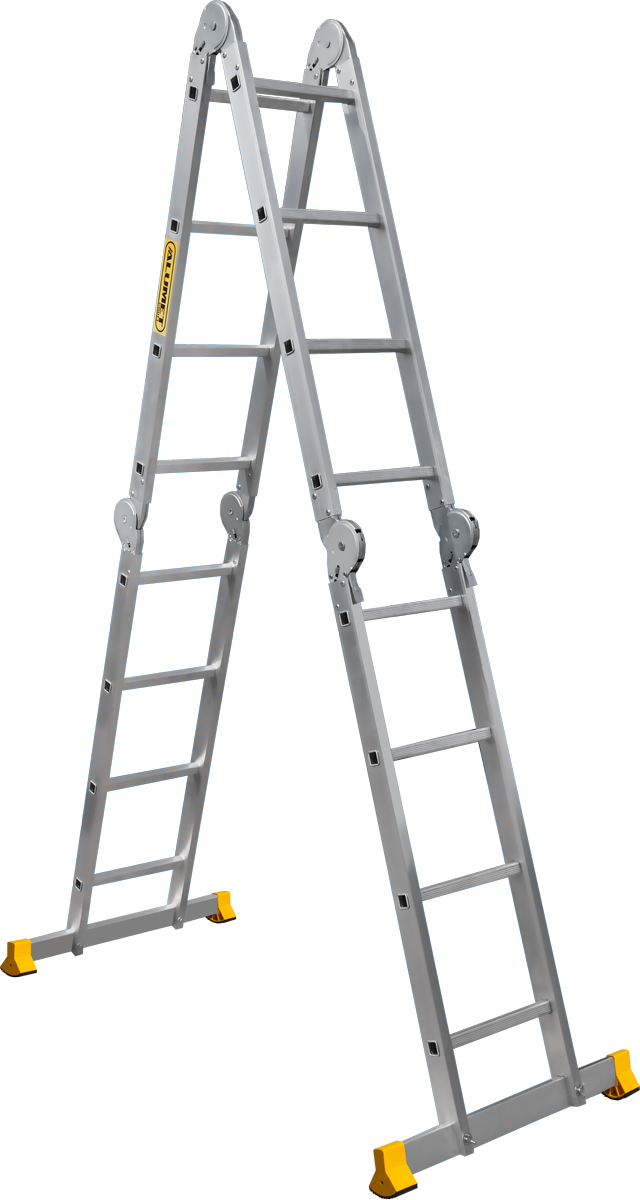 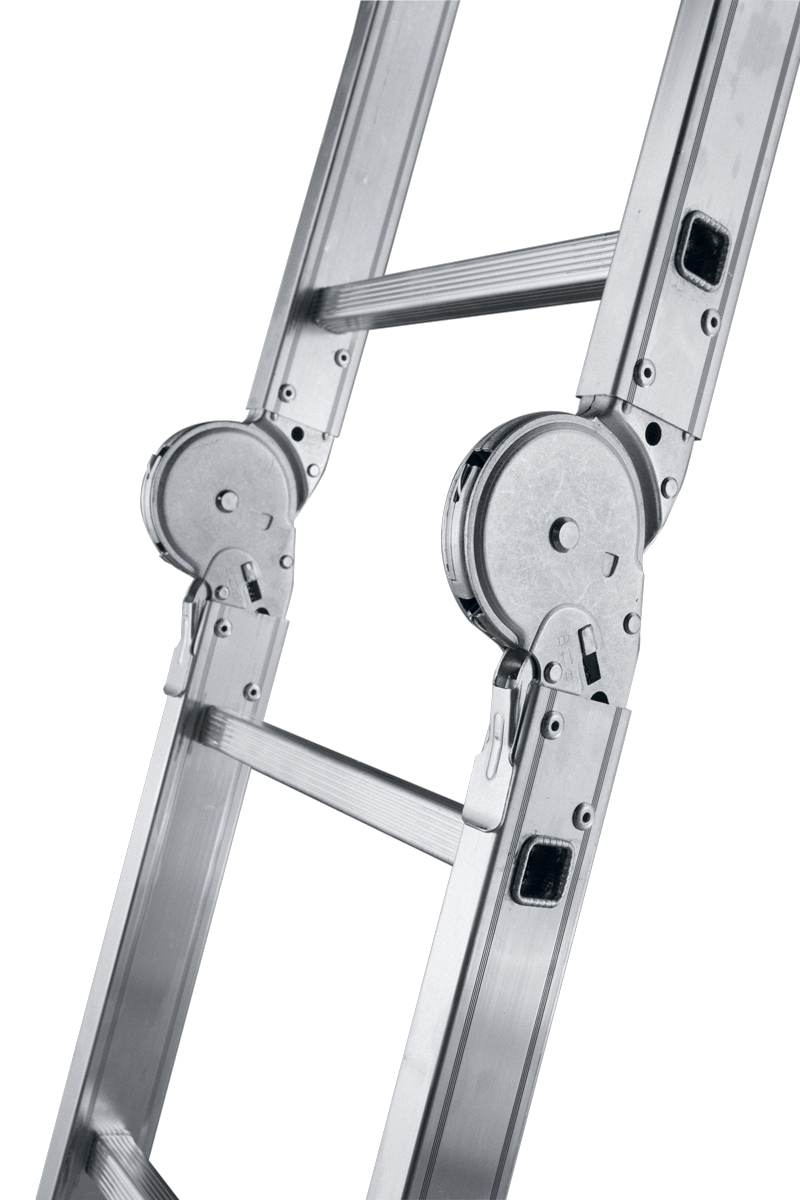 The ladder consists of four sections, interconnected by steel ladder hinges with fixing angles of 35, 105 and 180 degrees. Therefore, such ladder can take various shapes, such as shown in the Figure.

The main advantage of the ladder is not its multiple setup options and ‘platform’ configuration, but compactness in the assembled (transport) state, which allows it to be transported inside the car with a closed trunk.

Most often, the transformer is used as a straight ladder or as a twin step ladder. The ‘platform’ configuration is used extremely rarely, although the possibility of such use often plays a decisive role in choosing a ladder when purchasing it.

The ladder is noticeably (almost 6 kg) heavier than the straight ladder of the same length of H1 or P1 series due to six massive steel hinges and, for the same reason, is significantly more expensive.